Investigating a small corpus of family photographs, I portray the subjects depicted in them:
family members or random strangers who happen to be captured in the background. I weave
stories and imagine alternative settings, shedding light, along the way, on the intricacies and
absurdities of memory. 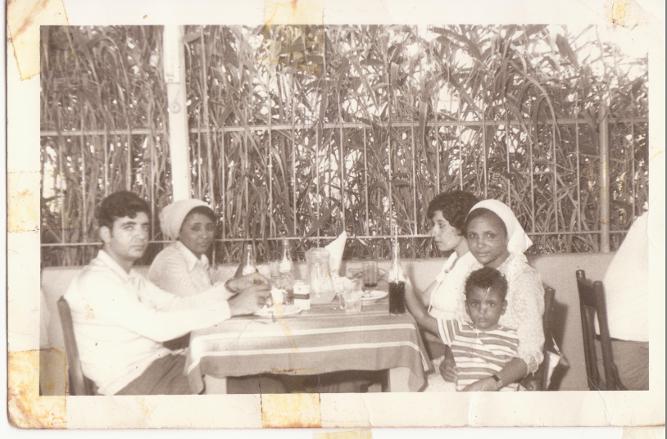 Most of the photos in my family album were taken by my father, this is why I couldn’t find one that portrays all five members of my family, except for this passport photograph. I was 11 when my father died, his features faded gradually from my memory until there was nothing left but old black-and white photographs here and there. 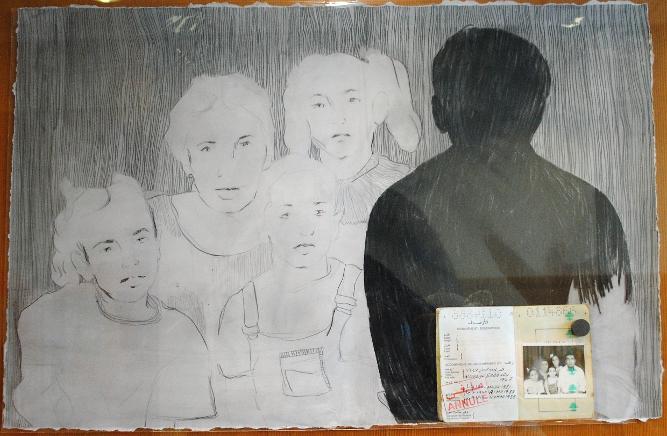 The Sea Is A Village

A fight erupted between my sister and brother as my mother was trying to capture a picture of us three playing on the beach. At the same moment, a complete stranger decided to tidy her hair before leaving the water and was thus captured forever in the right corner of our family photograph. Ambivalent to my mom's pleadings to pose for the camera or to the family drama unfolding next to me, my face is turned toward the sea. What seems like an empty 'Soha' bottle lies there beside my legs. I was six at the time and I remember how much I enjoyed these beach outings, because I would write secret messages to sea creatures, seal them in empty water bottles and throw them out to the sea...